The very first group of people who called Cuba home were the Guanajatabey people, a group that has migrated from the South American forests to the island during 5300 BC. The Guanajatabeys totaled to around 100,000, and were a group of gatherers, farmers, and hunters. One of the main crops cultivated by Cuba’s Guanajatabeys was tobacco, a product that would later be the main export of the country. 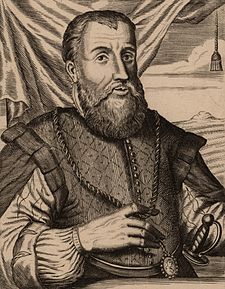 Diego Velazquez de Cuellar, a conquistador of Spanish descent, later started observing the Guanajatabeys and noticed that they were living without houses or towns. The Spanish explorer also observed that their main diet consisted of whatever animal they could find in the forest and sea creatures such as fish and turtles.

Cuba was soon colonized by the Spanish, a rule that lasted from around 1511 to 1898. The economy of Cuba during the time was primarily run by agriculture, with tobacco, sugar and rice being the main harvested products. A battle between the Spanish and the Americans, thanks to the unannounced arrival of the U.S. battleship Maine, ceded the country of Cuba from Spain to the United States, where independence was promoted under the Treaty of Paris in 1898. Cuba had a number of communist and anarchist organizations since the early period of the Republic. The original “internationalised” Communist Party of Cuba was formed in the 1920s, which was later renamed the Popular Socialist Party for electoral reasons. In July 1961, two years after the 1959 Revolution, the Integrated Revolutionary Organizations (ORI) was formed by the merger of Fidel Castro’s 26th of July Movement, the Popular Socialist Party led by Blas Roca and the Revolutionary Directory March 13 led by Faure Chomón. On March 26, 1962 the ORI became the United Party of the Cuban Socialist Revolution (PURSC) which, in turn, became the Communist Party of Cuba on October 3, 1965. The Communist party remains the only recognized political party in Cuba. Other parties, though not illegal, are unable to campaign or conduct any activities on the island that could be deemed counter-revolutionary.

For the first fifteen years of its formal existence, the Communist Party was almost completely inactive outside of the Politburo. The 100 person Central Committee rarely met and it was ten years after its founding that the first regular Party Congress was held. In 1969, membership of the party was only 55,000 or 0.7% of the population, making the PCC the smallest ruling Communist party in the world. In the 1970s, the party’s apparatus began to develop. By the time of the first Party Congress in 1975 the party had grown to just over two hundred thousand members, the Central Committee was meeting regularly and provided the organizational apparatus giving the party the leading role in society that ruling Communist parties generally hold. By 1980 the party had grown to over 430,000 members and grew further to 520,000 by 1985. Apparatuses of the party had grown to ensure that its leading cadres were appointed to key government positions. 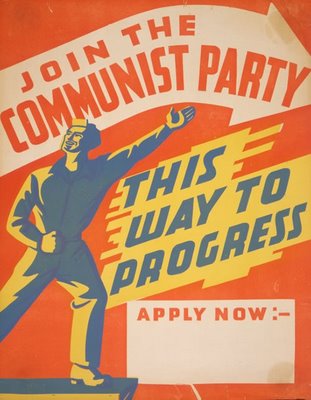 The crisis created by the collapse of the Soviet Union led to the Fourth Party Congress in 1991 being one of unprecedented openness and debate as the leadership tried to create a wide public consensus to respond to the “Special Period“. Three million people engaged in pre-Congress debate and discussions on issues such as political structure and economic policy. The 1991 Congress redefined the party as “the party of the Cuban nation” rather than the “party of the working class”. The prohibition on religious believers joining the party was lifted. As well, José Martí was added to Karl Marx and Vladimir Lenin as a heroic revolutionary figure to the Cuban Communists.

Much of the debate resulted from an internal struggle between advocates of a Cuban perestroika, i.e. the use of market mechanisms and the liberalization of strictures on free speech and dissent and others who argued that speedy reforms would undercut the unity of the nation and the party’s political dominance and possibly lead to the government’s collapse as had happened to Communist states in Eastern Europe. The outcome was political reforms which fell far short of reform demands to permit candidates to campaign for office on competing programs. Economically, however, some modest market reforms were introduced, particularly in agriculture, in an effort to reverse the country’s economic decline after the cessation of aid and trade subsidies from the USSR. Increased tensions between the US and Cuba also gave the hardliners the upper hand in the mid-1990s and the government responded to dissident groups.

The Cuban party is more deeply committed to the concept of socialism than other ruling parties and has been more reluctant in engaging in market reforms though it has been forced to accept some market measures in its economy due to the collapse of the Soviet Union and the resultant loss of economic subsidies. The Communist Party of Cuba has favored supporting revolutions abroad and was active in assisting the ELN in Colombia, the FMLN in El Salvador, the Sandinistas in Nicaragua and Maurice Bishop‘s New Jewel Movement in Grenada.[citation needed] Their most significant international role was in Angola where the Cuban direction of a joint Angolan/Soviet/Cuban force that was involved in the Battle of Cuito Cuanavale. This led to the withdrawal of intervening forces and, in the following peace agreement, the independence of Namibia from South African rule.

It has largely been forced to retreat from this policy due to a lack of funds resulting from the halt of material aid from the Soviet Union. However, the party maintains a policy of sending thousands of Cuban doctors, agricultural technicians, and other professionals to other countries throughout the developing world. More recently the party has sought to support left wing leaders such as Hugo Chávez in Venezuela, and Evo Morales in Bolivia.

One Response to “Cuban History”