The current First Secretary of the Communist Party of Cuba is Fidel Castro; the second secretary of the Party is Fidel’s brother, Raúl Castro, the President of Cuba.

Born on August 13 of 1926, Fidel Castro is a revolutionary leader from Cuba. Fidel Castro was also the prime minister of Cuba from December 1959 to December 1976, until he eventually became president. He eventually resigned from his post in the office on February of 2008.

Fidel Castro started out in politics with the nationalist critiques of Fulgencio Batista. Castro was also very much observed by the United States political and corporate influences in Cuba. Eventually, Fidel Castro led an attack on the Moncada Barracks in 1853, an attempt that failed and gave way to his capture, incarceration, and eventual release. Castro then went to Mexico in order to organize and train for his plan to invade Cuba, a plan that materialized in December 1956. 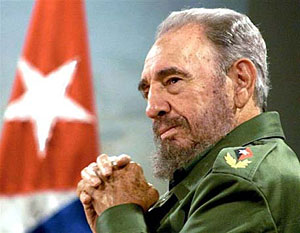 Fidel Castro eventually overthrew Fulgencio Batista’s reign as a result of the Cuban revolution. He then took on the reigns and became the Prime Minister of Cuba. In 1965, Castro was named the First Secretary of the Communist Party of Cuba, where he initiated the shift of Cuba into becoming a country with a one-party socialist republic. He became the President of the Council of State in 1976 as well as the Council of Ministers. Fidel Castro was also given the high military rank of Commander in Chief of the Cuban armed forces.